We are now living in the digital era whereby everything we say and do in the pubic (and private) arena is captured by a camera. Every person with a portable mobile device is equipped with a camera and every street corner camera affixed to some discreet fixture is recording our every movement. The recording of video is at times pivotal to serve as a evidential source to help establish and identify those responsible for committing a crime, and without a doubt important for law enforcement officials such as police officers who undertake day to day duties engaging with people from the broader community. Police officers are vested with a number of powers such as ensuring people are protected from harm, along with enforcing the law and engaging in crime prevention initiatives. 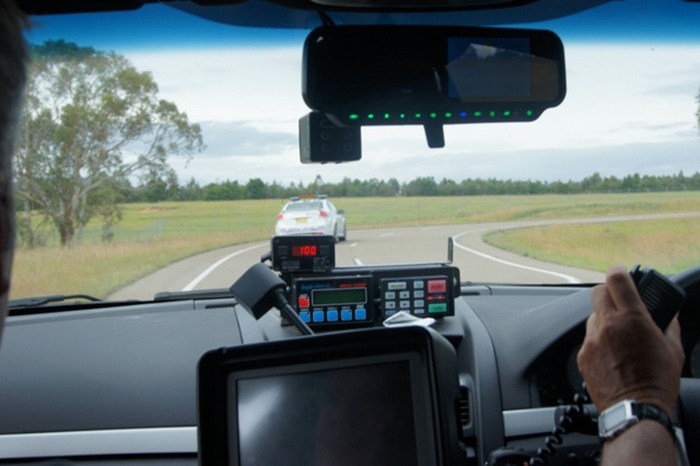 One of the most significant duties performed by police is monitoring our roads and targeting all aspects of road safety. Through proactive policing, this ensures drivers obey the road rules through reducing road trauma associated with dangerous driving, speeding and other high risk activities. The police highway patrol operatives in particularly are tasked with high visibility patrols of our roadways. Their vehicles are modified with high performance exteriors/interiors and advanced equipment such as the automatic number plate recognition system to identify stolen vehicles and the in car video dashcam to capture both audio and video footage’s when engaging in high speed pursuits and arresting persons of interest.

Dashcams are used almost daily by police with cameras automatically recording every motorist and activity on the roadway (please note however in some states only highway patrol are equipped with such technology). As mentioned above evidence obtained is a critical factor to ensure the successful prosecution against person/s who commit offences on the roadway.

To highlight an example of when a dashcam was highly effective was the matter of Carnita Matthews and a NSW police highway patrol officer. The driver who carried a provisional drivers licence was pulled over for not displaying the correct plates associated with her licence. The driver became agitated and argumentative with the police officer and ultimately accused him of being racist. The matter went before the courts, and the driver made a number of allegations against the officer stating he was racist and tried to pull off her face garment. Contrary to what was alleged, the court found from other evidence and the dashcam footage that the officer did not engage in any wrong doing.

The case above serves a stark reminder that we need to be vigilant, and mindful when driving on the roads. There are a myriad of possibilities and situations that one may encounter.. and which could easily turn nasty. Needless to say, being equipped with a dashcam car camera will ensure you have evidence at hand should a dispute over a collision or insurance issue arise. Protect yourself and your family. Visit our Shop for the best products.

What are you looking for?